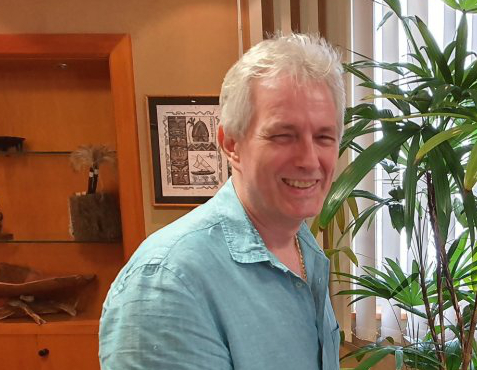 According to an interview published in Les Nouvelles calédoniennes, the daily newspaper of New Caledonia, the president of the main union of small and medium enterprises, proposes to change the economic model of New Caledonia businesses.
Yann Lucien, president of the powerful CPME, proposes to simplify the tax system. He also believes that there should be less difference between private and public wages. Indeed, public wages are 30 % higher than in the private sector. A situation that is a legacy of New Caledonia history.

Bonuses
In the past, the journey from mainland France to New Caledonia was long. Very long. It could last several months by boat. And planes did not exist yet. It was impossible to come back once a year for vacations. To encourage the French people to accept to work far away from home, on a island hardly developed, the administration payed bonuses to its civil servants. Everyday life has changed, has become easier, but the bonuses remained.

Reunite the provinces
Yann Lucien also proposes to reform provincialization. After the social and political unrest of the 1980s, known as the “Events”, New Caledonia was divided into three provinces. Two are led by independentists (the North and the Islands) and one, the South, by the non-independentists.
This gave more power to the Kanaks. The disadvantage is that each province manages certain issues differently. For example, Yann Lucien contests, “there are three agricultural policies, three environmental codes, three development codes… All of this should be reunified.”

Adapting the economy
The entrepreneur also proposes to adapt the economy to the Melanesian way of life. He also calls to elect politicians whom he accuses of not listening to the economic world. It’s true that elected officials have been monopolized for years by institutional issues.
Let’s just recall that on October 4, the second referendum rejected independence by 53.2%. A third and last referendum could be organized within the next two years. The ‘Yes’ to independence could then prevail.
This very interesting interview comes at a major period in the economic and social life of New Caledonia. And the New Caledonian economic world is in the middle of a questioning process.

Faced with the major economic and social challenges facing New Caledonia, the employers’ organizations have decided to join forces to best defend the interests of New Caledonian companies in all their diversity and sectors of activity.