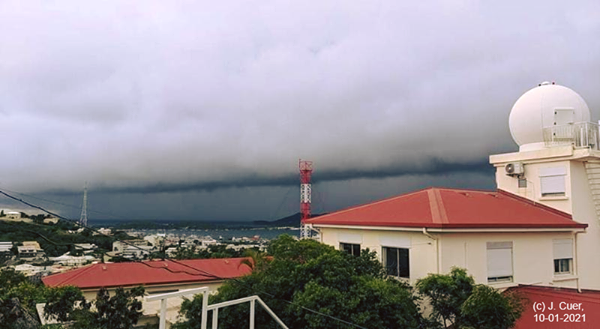 It’s been raining almost continuously in New Caledonia since December 27. Nearly three weeks of a “remarkable” rainy and stormy episode, according to Météo France.
Forecasters report that recorded rainfall totals have already reached or exceeded the monthly rain normals of a full January in just 15 days.

Roads cut
Almost everywhere, from the north to the south of New Caledonia, the creeks overflow for long periods of time and roads are cut momentarily, especially along the road that runs all over the main island – called Grande Terre -, a vital link for people and economic activity.

According to Météo France, this rainy episode should continue until the end of January.

La Niña episode
The reason for these torrential rains? The South Pacific convergence zone (SPCZ) is much further south than it should be this season, due to the current La Niña episode. With one consequence for the territory: an unstable weather.
For the time being, however, there are no casualties or major damages.
Photo > Météo France office in Nouméa. Credit > Météo-France Nouvelle-Calédonie.