Usually they support the leader of the left

Usually, the independentists support the candidacy of the left-wing candidates in the presidential election. They have often defended the candidates of the socialist party: François Mitterrand, Lionel Jospin, François Hollande, etc.).For the elections of Sunday 10 April, the situation is quite different. The FLNKS, which gathers the pro-independence parties, did not give any voting instructions. The Union calédonienne, the main party of the FLNKS did not give any instructions. Only the Palika, the other major party of the FLNKS coalition, has committed itself. It called to vote for any left-wing candidate, without saying which one. Of the twelve candidates, there are five.  Only one is officially a left-wing candidate: Anne Hidalgo and four are on the far left: Jean-Luc Melenchon, Nathalie Arthaud, Philippe Poutou and Fabien Roussel. They are very far behind in the polls. Only Jean-Luc Melenchon has a small chance to create a surprise in the first round.The left has no chance to win this election.This lack of commitment of the independentists for these elections contributes largely to the monotony of this campaign in Caledonia. 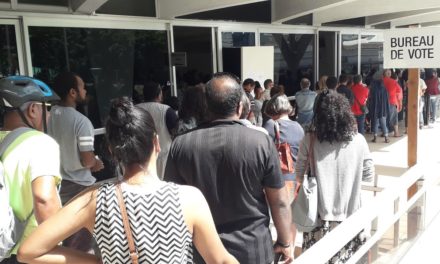