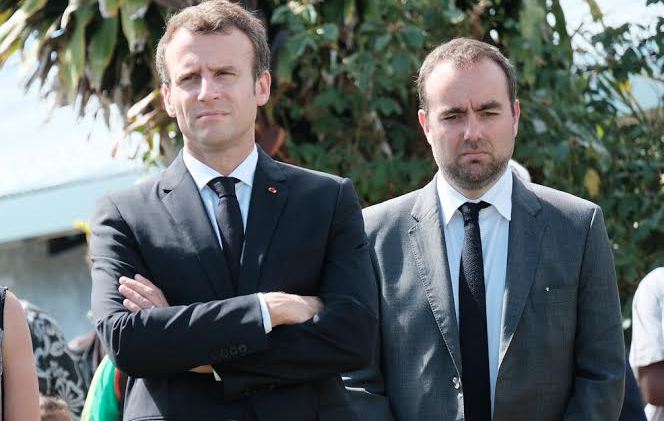 Emmanuel Macron’s Minister for Overseas territories is currently on an official visit to New Caledonia. His agenda has been disrupted after the results of the referendum on indipendence on October 4. The difference between no and yes to independence has further narrowed compared to the 2018 referendum. Now, 53.26% of voters want to stay in France. Two years ago they were 56.6 per cent.

A very busy schedule
Sébastien Lecornu, one of the youngest ministers in the history of the Republic (34 years old) and a rising star in French politics, has a very busy schedule. He has to meet all the opinion leaders. This makes the world go round, because one of the characteristics of New Caledonia is its large number of political parties. Sébastien Lecornu has already made two pilgrimages. He went to the tomb of Jean-Marie Tjibaou, the charismatic leader of the independence movement who was assassinated by a Kanak in 1989.

The symbol of the handshake
He also visited the grave of Jacques Lafleur, the leader of those who want to stay in France. The two men had shaken hands to bring peace after the near civil war of the 1980s. The symbol escaped no one. Despite its divisions, will Caledonia be able to go beyond its divisions to keep peace and stability as it has done for thirty years?